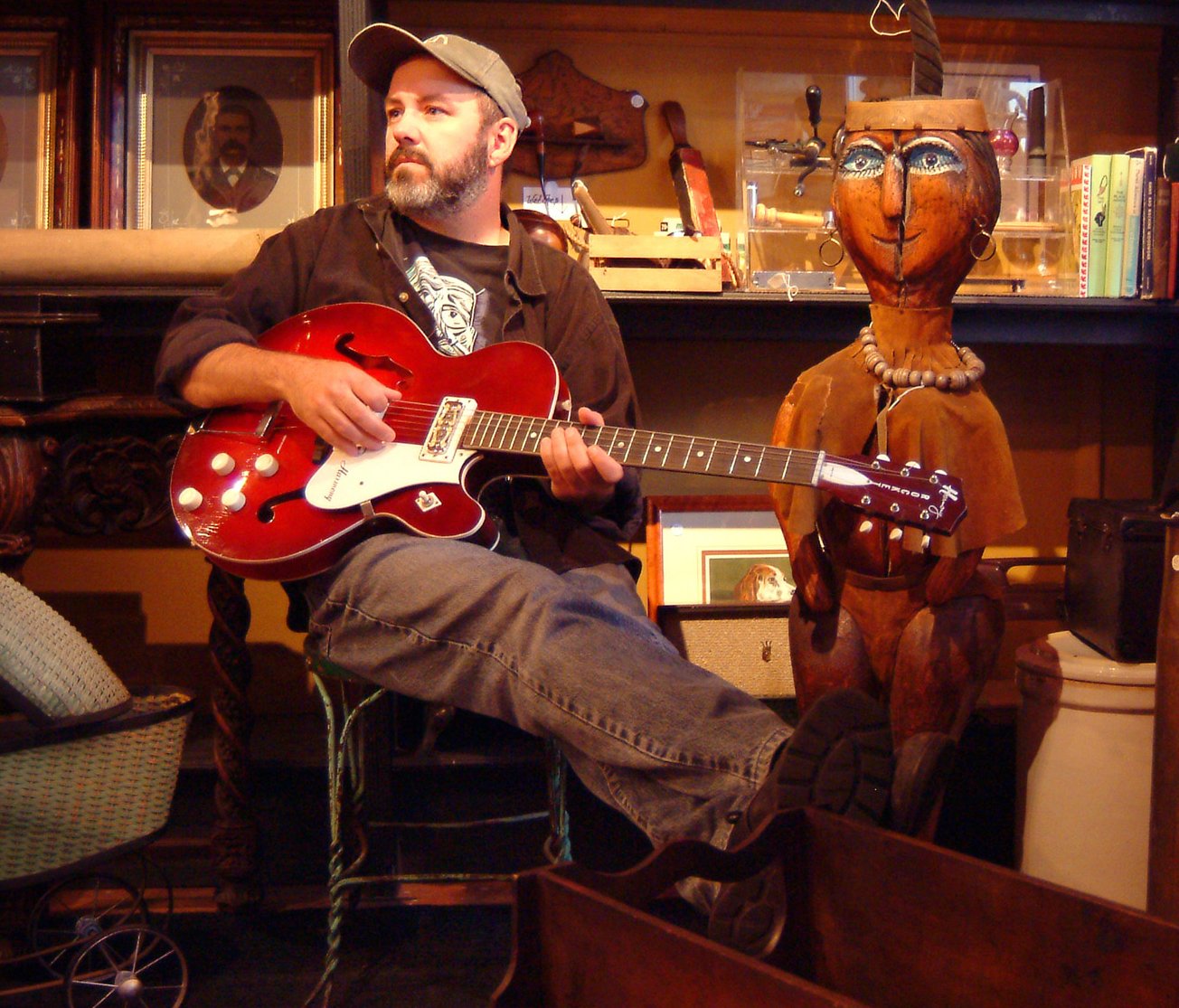 It’s been far too long since Canadian roots and blues guitarist and singer Joe Fournier last featured in our city, the 2010 Birmingham Jazz Festival, in fact.

So it was good to hear from him this week and learn about what he’s been up to during these troubling virus-dominated times. “No gigs, no travel,” Joe says, “So what do I do? So I became a one man band, called it Spit Jr, a side pandemic project I’ve put together to play classic AM Radio, 3 minute Rock and Roll.

The first Spit Jr single, a stomper, “Emotional Suitcase”, comes with a back-up video showing an old guitar and its case taken on a joyride through the backroads, dragged around behind his car to its ultimate destruction. “Fun?” asks Spit Jr. or Joe or maybe the two of them. “You bet!”, they answer.

Spit Jr, described by Joe Fournier as “Purveyor of fine old guy rock and roll since 2019”, likes to quote John Hiatt: “he loved that guitar just like his girlfriend/ but every good thing comes to an end.”

Joe Fournier’s first performance in public was at the age of 12, when the band booked to play in the bar of his parents’ hotel turned up too drunk to play. Joe was told to take their place and he’s not stopped playing and singing since.

He says that he “likes to write songs that will make you laugh, cry and cringe, sometimes all in the same verse.” His lyrics tell stories, but he makes sure that those stories don’t get in the way of a good riff.

The last time Joe Fournier played in this city, The Birmingham Post carried a review that included, “His songs take you on a sort of not-so-grand tour of America. He teamed well with the New Orleans style Tipitina, adding his very personal guitar sound to their finale, ‘Breaking Up The House’.

In his solo spot he strayed from the Hank Williams country classic, “Lovesick Blues”, to his own blues songs, sardonic commentaries on the human condition. A highlight of the festival.”