What Is It With The Blues And All Those Browns? – Part One 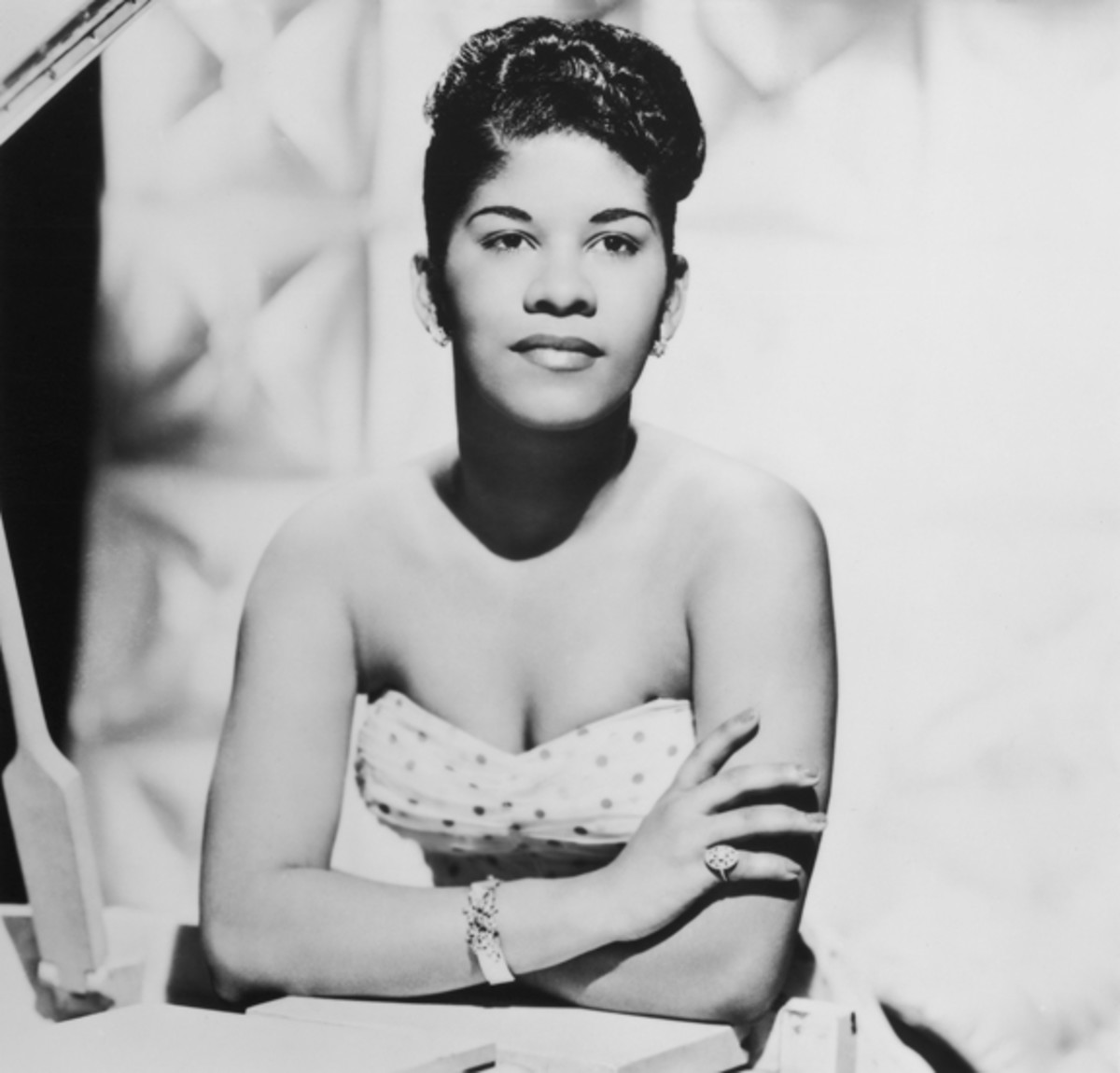 Most everyone knows of Charles Brown, the man responsible for the best of all Christmas Songs, “Merry Christmas Baby”, Texas blues giant Clarence Gatemouth Brown and Dallas-born Walter Brown who counted “Confessin’ The Blues” and “Hootie Blues” among his successes. Folk are equally aware of Roy “There’s Good Rockin’ Tonight” Brown, although things can become a little confusing at this point as, although he also called himself Tommy Brown, he was actually born Roy James, in New Orleans, to a mother, Tru-love Warren who was part Algonquin Indian.

Other Browns names familiar to those interested in the blues will include Angela Brown, born in Chicago in 1953 who worked as a gospel singer and apparently first became involved with the blues when she landed the part of Ma Rainey in the stage musical, thereafter becoming a regular in those windy city blues clubs, often in the company of pianists Little Brother Montgomery and Erwin Helfer. She toured Europe, first recorded for the Red Beans label, later for the German Schubert Records. Tenor sax man J.T. Brown will forever be remembered as a member of that classic Elmore James Band that also featured Johnnie Jones and Odie Payne, playing on the definitive versions of “Dust My Broom” and “It Hurts Me Too”. Among his many recordings, were sessions with Howlin’ Wolf and Muddy Waters while his final recordings were with Fleetwood Mac on the albums “Fleetwood Mac In Chicago and “Blues Jam In Chicago” when he delivered “Black Jack Blues”. Again!

Buster and Dusty Brown were both important singers and harmonica players. Buster was born in 1911 in Cordele, Georgia, scuffled around local juke joints, worked outside of music until he moved to New York at the age of 45 to work in Fed’s Chicken and Barbeque Place. There he was discovered by Bobbie Robinson of Fire Records which led to his 1959 U.S. Top 40 hit “Fannie Mae”. His follow-up single, “Sugar Babe” was covered by the much under-rated Birmingham, England that is, blueser Jimmy Powell. Dusty Brown was born in Tralake, Mississippi in 1929, moved to Chicago in his teens, sat in with Muddy, Little Walter and others before forming his own band to record for Parrot Records, from which some titles weren’t issued for more than 50 years, and gigged with Wolf, Buddy Guy, Lonnie Johnson, Hip Linkchain and many more. He toured Europe in the late 1970s and retired to Montgomery, Alabama where he lived a peaceful existence, hardly performing at all and died at the age of 87. In fact, Dusty was not actually a Brown. His birth name was Clement W. Triplett, but that doesn’t sound as cool as Dusty Brown.

Robert Clifford Brown, also known as Ham Gravy or Shufflin’ Sam is well known in the blues world as Washboard Sam. Born in 1910 in Walnut Ridge, Arkansas, he was the illegitimate son of former slave Frank Broonzy. He was given his grandfather’s name at birth and was reputedly the half-brother of Big Bill Broonzy. He moved to Memphis in his teens, played street corners along with Sleepy John Estes and Hammie Nixon before moving to Chicago in 1932 where he became part of a loose group of musicians who recorded for Lester Melrose at Bluebird Records who included Broonzy, Tampa Red, Jazz Gillum, Memphis Slim sometimes as The Hokum Boys or State Street Singers. He recorded over 160 tracks during the late 1930s and 1940s, sold a lot of records and became a significant attraction. His last recording was in 1949 for RCA Victor, before he retired to become a Chicago Police Officer, although he did make a short-lived comeback in the early 1960s.

Ruth Brown, often billed as Little Miss Rhythm, enjoyed an extraordinary career. Born Ruth Alston Weston in Portsmouth, Virginia in 1928, she had so many big hits on Atlantic Records that the record company became known as ‘The House That Ruth Built’. From 1949 to 1955 her recordings spent 149 weeks on the charts and included 21 Top Tens and Five Number Ones including “So Long”, “Teardrops From My Eyes”, “[Mama] He Treats Your Daughter Mean”. She also enjoyed a movie career, appearing in the cult classic “Hairspray” as Motormouth Maybelle Stubbs. Importantly she was a great fighter for musician’s rights, founding The Rhythm & Blues Foundation and was inducted into The Rhythm & Blues Hall of Fame in 1993.  In the mid-1990s I booked Ruth for a week that unsurprisingly sold out, at Ronnie Scott’s in Birmingham where she brought the house down nightly with her hilarious “If I Can’t Sell It, I’ll Keep Sittin’ On It”. She died in Henderson, Nevada in 2006.

Singer Nappy Brown, born Napoleon Brown Culp in 1929 in Charlotte, Carolina came from a gospel background and he began recording in 1954 for Savoy, delivering the crossover hits “Don’t Be Angry”, “Pitter Patter”, “Little By Little” and “It Don’t Hurt No More”. He was, along with Chuck, Fats and Richard, among the first wave of African American artists to come to the attention of white audiences. Come the early 1980s, Nappy Brown was rediscovered by former Muddy Waters guitarist Steady Rollin’ Bob Margolin who brought him back into the business of music, starting with a Scandinavian tour and contract with Landslide Records.

It can become confusing when you begin to look at some of the lesser-known Browns. For instance, there were two Bessies, both born around 1895, one in Texas, the other in Cleveland, Ohio. The Ohio Bessie was also known as Sadie Green and sometimes as Caroline Lee who, as well as singing the blues, also worked as a male impressionist. Sadie shouldn’t be confused with the popular singer, Vaughn De Leath who also used that name. The Bessies must have been aware of each other’s activity, as she began her recording career billed as “The Original Bessie Brown”.

The Texas Bessie worked the TOBA and Vaudeville circuits with her husband, George Williams, billed as Williams & Brown and performing in the same team as a young Fats Waller. She recorded for Columbia, reportedly used the pseudonym Eliza Brown and retired to live in Cincinnati.

As we have seen, it’s certainly not unusual for a performer to adopt several pseudonyms during a career, but by my calculations, Lottie Brown takes the biscuit. For a start, it would appear that her real name was Lottie Beaman, born in Kansas City, Missouri around 1900. She sang, played guitar and piano, entertained in KC clubs and taverns, recorded in Chicago for Paramount, for Merrit Records in KC and Gennett in Richmond and at one time or another was known as Jennie Brooks, Clara Cary, Lottie Kimbrough and Mae Moran, but I like to think of her as The Kansas City Butterball.

Singer and drummer Olive Brown also had a nice line in nicknames, including The Princess of The Brown, The New Empress of The Blues and, presumably as she matured, The Foxy Great Grandmother. Born in 1922 in St. Louis, she moved to Detroit with her parents three months later, grew up singing in church and at fifteen was featured with the band of Todd Rhodes. She was a strong singer in the old blues tradition of Bessie Smith, to whom she was often likened, going on to sing with the bands of Earl Bostic, Buck Clayton, Teddy Buckner and Tiny Bradshaw at such classy venues as Small’s Paradise in Harlem and The Massey Hall in Toronto. She was married three times, had two children and died in obscurity in 1982 at just 60 years of age.

Chocolate Brown was a Piedmont and country blues singer, born in Lamont, Bolivar County, Mississippi in 1901. Her birth name was Irene Scruggs, though she was also known as Dixie Nolan. She was raised in St. Louis, recorded with Clarence Williams and Blind Blake, toured the TOBA circuit, later on alongside her daughter, the dancer Baby Scruggs. In 1953 she played the NFJO Jazz Band Ball in London and appeared on Ballads and Blues for the BBC. She settled in Paris in the mid ‘50s, her daughter Leazar reportedly married a Frenchman and in the mid-70s Irene moved to Germany where she died, aged 80 in Trier in 1981.

That might be well enough Browns for one Henry’s Bluesletter, but fasten your seatbelts as there’s another twenty or so waiting in the wings for next week’s edition.