Standing On The Corner of 12th Street and Vine 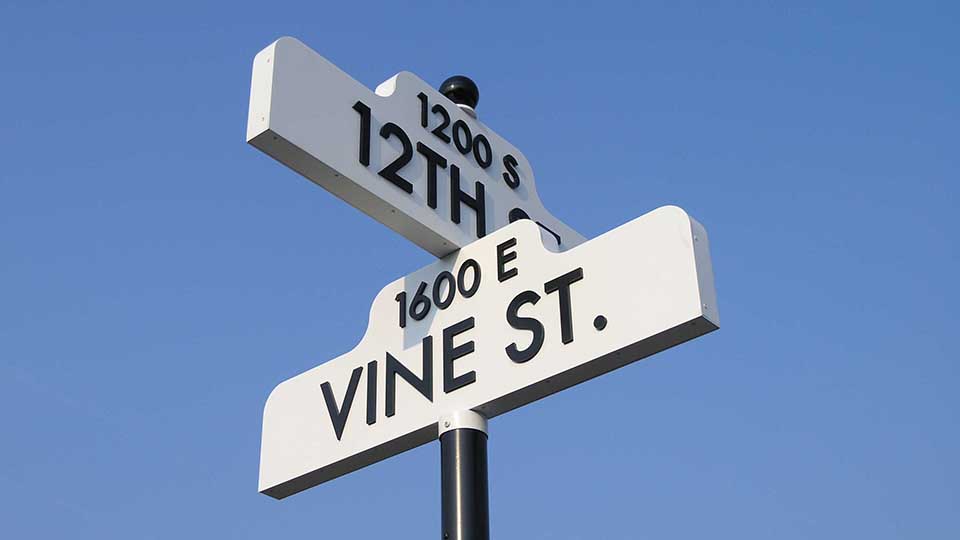 Kansas City, Missouri stands at the crossroads where blues and jazz meet. From the wild and wide-open days of the mid 1920s, when Tom Pendergast steadfastly refused to let Prohibition get in the way of the good folks of KC having a fine old time, and therefore, unsurprisingly, attracting gamblers, bootleggers, dealers, hustlers, chorus girls, hoodlums, good-time Charlies – and musicians from throughout the USA – to make their way to KCMO.

When Prohibition was finally imposed on Missouri in 1919 with the 18th Amendment to the Volstead Act, Kansas City remained essentially unaffected, due to the unquestionably corrupt Pendergast machine which, unwittingly, gave rise to a golden age of jazz, blues and swing, the jam session and jump blues.

Ed Morrow wrote in the Omaha Herald, “If you want to see some sin, forget Paris and head to Kansas City, which was then generally known as ‘Tom’s Town’. Pendergast’s machine worked in lockstep with the Police Force to allow the City to remain as a wide-open town, where vices like bootlegged booze, jazz and gambling flourished in the Paris of The Plains.”

There were dissenters of course, but it is interesting to note that there were no musicians among the 23 signees to The Kansas City Society For Suppression of Commercialised Vice document of November 24, 1933.

It was for good reason that the undeniably chubby Lottie Beaman was known as The Kansas City Butter-Ball. Born in West Bottom, Kansas City in 1893 [some records say 1900], Lottie was a significant figure in the country blues tradition of the 1920s, best remembered for her 1928 recording of “Rolling Log Blues”, a song subsequently recorded by a whole bunch of singers including Son House, Rory Block, Maria Muldaur and Buffy Sainte-Marie.

Casey Bill Weldon (the Casey came from K.C. for Kansas City), The Hawaiian Guitar Wizard, was a hokum and country blues singer and slide guitarist born in Pine Bluff, Arkansas in 1909. He is not to be confused with Will Weldon of The Memphis Jug Band.

Casey was married to Memphis Minnie and cut over 60 sides for Bluebird and Vocalion under his own name as well as featuring on the recordings of Bumble Bee Slim, Peetie Wheatstraw and Memphis Minnie.

He wrote the classics “We’re Gonna Move To The Outskirts of Town” and “Somebody Changed The Lock On My Door”, moved to Chicago, divorced from Memphis Minnie, married blues singer and guitarist Geeshie Wiley, who also recorded for Bluebird and Vocalion and was described by Blues historian Don Kent in these words, “She may well have been the rural South’s greatest female Blues singer and musician.” Nothing is known of them following their marriage.

The influence of The Blues on jazz was never so clearly marked as it was in KC, and credit for this can clearly be laid at the door of a handful of musicians, including Count Basie and Jimmy Rushing, Pete Johnson and Big Joe Turner, Jay McShann and Walter Brown and Jimmy Witherspoon.

William James ‘Count’ Basie, The Kid From Red Bank, New Jersey, had been on the road since he was 20 years old with a variety of bands playing the TOBA circuit, The Theatre Owners Booking Association, known to musicians as “Tough On Black Ass”.

Appearing in Tulsa, Oklahoma in 1928, he woke up one afternoon to the sound of a band that changed his life. The band was Walter Page and The Blue Devils with blues shouter Jimmy Rushing, known as Mister Five By Five – “he’s five feet tall and he’s five feet wide.”

It wasn’t long before Basie became a Blue Devil. When the band reached Kansas City, Basie, Rushing and Page joined the Benny Moten Orchestra, impressed by the leader’s avowed intention to make the band as important as those of Duke Ellington and Fletcher Henderson.

When Moten died in hospital during a simple operation to remove his tonsils, Basie took over the band’s leadership, going into that now legendary nightly residency at Club Reno, Kansas City’s Queen of Clubs and the favourite haunt of Charlie “Yardbird” Parker.

The rest is history. It became the hottest joint in town, John Hammond picked up their regular broadcast overnighting in Chicago and brought the band to New York, the first step to the Count Basie Orchestra becoming the finest of all jazz Big Bands.

Joseph Vernon Turner Jnr was born in Kansas City in 1911. His father was killed in a train crash when he was four years old, and at 14, Big Joe Turner quit school and went to work in nightclubs, first as a cook at The Kingfish before moving to The Sunset on 18th and Vine as a singing bartender where he began his famous relationship with boogie woogie pianist Pete Brown.

The Sunset was managed by Piney Brown, described by Eddie Barefield as “A Patron Saint to musicians”. Like other nightclubs, the Sunset was subject to frequent police raids. Big Joe remembered, “The boss would have his bondsmen there before we got to the police station. We’d walk in, sign our names and walk right out. Then we would cabaret until morning.”

“I dreamed last night I was standing on 18th and Vine, I shook hands with Piney Brown and could hardly keep from cryin’.”

Big Joe Turner always remembered Piney with affection and wrote his “Piney Brown Blues” in his honour. Joe included the song in his repertoire for the rest of his life.

James Columbus McShann, known to the jazz world as Jay McShann or simply Hootie, was born in 1916 in Muskogee, Oklahoma, relocating to KC in 1936. He formed his own band, which over the years included such notables as Charlie Parker, Ben Webster, Paul Quinichette, Al Hibbler – and Dallas-born blues singer Walter Brown.

The band broke up when McShann was drafted into the U.S. Army in 1944, but he was straight back to KC upon discharge, re-forming his band, this time with Jimmy Witherspoon taking care of business in the vocals department. Spoon, born in Gurdon, Arkansas in 1920 first came to attention when singing with Teddy Weatherford’s Band in Calcutta, India, making regular broadcasts over the U.S. Armed Forces Radio Service during World War II.

He was to become an extremely influential Jump Blues singer, playing and recording with everybody who was anybody in the world of Jump Blues, Swing and Jazz.

In 1949 he had his first hit record, a song that was to become regarded as Spoon’s signature tune.

Hootie was a Kansas City man through and through and despite many offers he never left home. He continued playing and recording, until well into his 80s, often with former Basie-ite Claude “The Fiddler” Williams, another longtime KC resident who was also from Muskogee and also a hugely neglected talent.

In 1979 McShann featured prominently in “The Last of The Blue Devils”, a documentary about Jazz in Kansas City. Jay McShann died in KC in 2004. After a recording career of 61 years, he made his final recording in 2001 – at the age of 87.

It was Little Willie Littlefield who recorded the first version of “Kansas City” (originally issued as “K.C. Lovin’”) in 1952. To this day, in the hipper districts of KC, audiences spontaneously join in singing what has become the anthem of Kansas City. Charlotte, North Carolina-born Wilbert Harrison had a Billboard Chart Number One with the same Jerry Leiber and Mike Stoller song in 1959, selling over a million copies. Another fine version, but I’m opting for the Littlefield original.