A Message From Henry’s Blueshouse Member #790 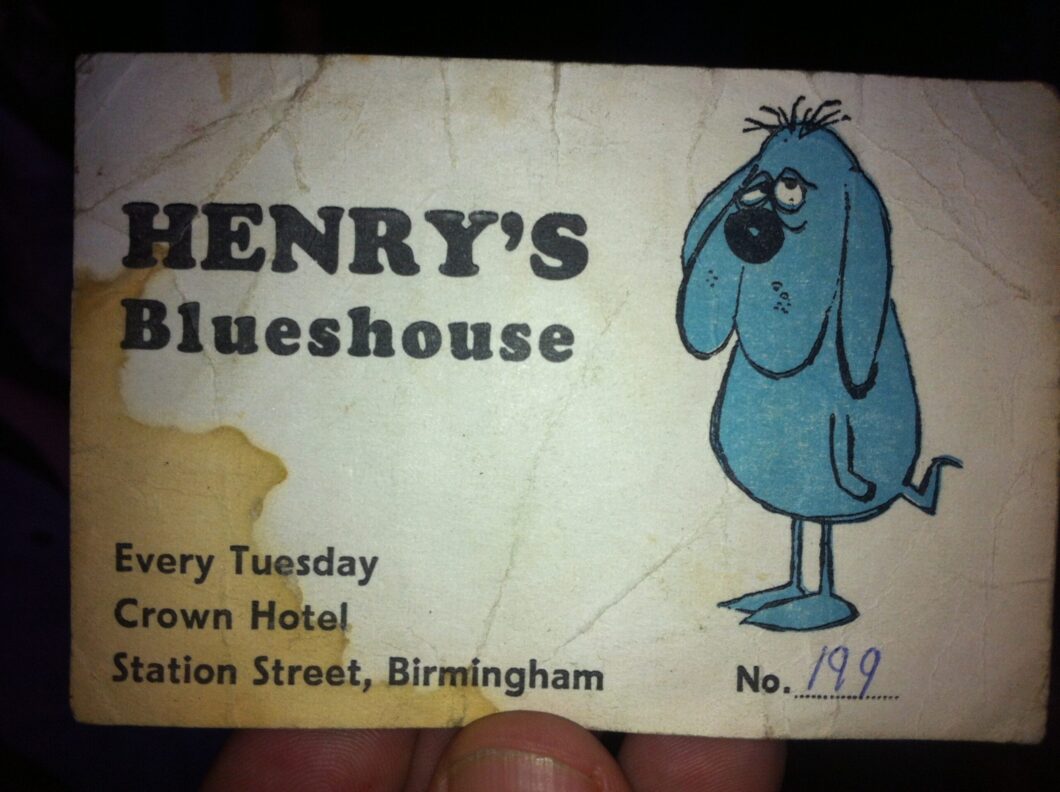 “This may be of interest to the good folk at Henry’s.

I have just purchased and await delivery of a Henry’s Blueshouse T shirt which I intend wearing to the funeral of my good friend, Fred Gill, who died last week. We had not been friends for long. In spite of both being from Birmingham it was not until we both washed up in the wilds of East Yorkshire, just a few years ago, that we came across each other. Below is an excerpt from a eulogy being read at his funeral.

As a fellow Brummie, I possibly encountered Fred back in the late sixties. I was a late teenager obsessed with music and frequenting the various music clubs of Birmingham, such as Mothers, The Factory and Henry’s Blueshouse. Fred was a mid teenager, also obsessed with music, but too young to be allowed in. Apparently, at places like Henry’s, he would blag his way into being allowed to stand in the doorway sneaking a view of the acts “as long as he did not speak to anyone”. Quite possibly I could have brushed past this “youngster” as I made my way in to experience the amazing music.

I still possess my original membership card from 1968/9 (member 790). One particular memory I have is of seeing the last gig Earth played at Henry’s. I do not know how true it is, but I distinctly remember the lovely young lady at the ticket desk telling me that Earth were changing their name to Black Sabbath before going on tour as a support act (to The Crazy World of Arthur Brown) in order to bolster the “black magic” theme of the tour. I would love to know if this is true since it does not fit with the bios I have read.

Fred and I both remembered many of the acts on your “who performed here list”. One omission I would like to point out is Robert Cray whom I distinctly remember playing at Henry’s.

I am delighted that Henry’s is up and running again and, hopefully, I will fit in a visit when I next take a trip to Brum.”

To fill in a few gaps in the above, the “lovely young lady” that Mick refers to was the delightful Katie Munn, later Simpson then Styles. Sadly, Katie is no longer with us.

You are right about the Earth namechange to Black Sabbath, but I know from personal and close experience, that the objective was never to “bolster the black magic theme of the tour”.

We look foward to seeing you at Henry’s, Mick, and remember, your original Henry’s membership card gets you a free first drink at the bar.