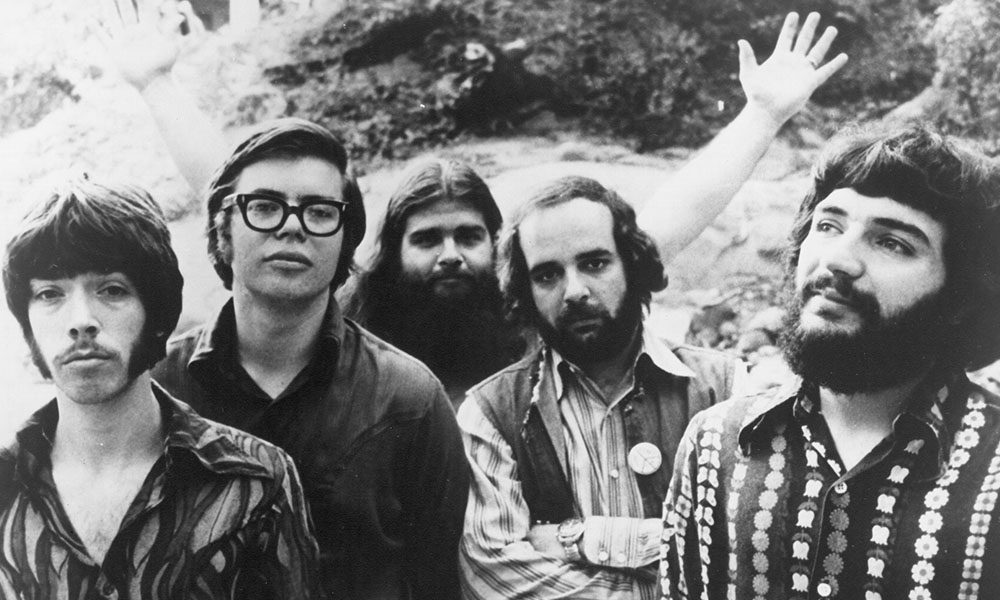 Back in the late 1960s and early 1970s, Canned Heat were among the best and biggest blues attractions around. Taking their name from Tommy Johnson’s 1928 recording of “Canned Heat Blues”, a song about an alcoholic who, in desperation, turns to drinking Sterno, which was known as Canned Heat.

The band was formed by guys from a community of blues collectors. Singer Bob The Bear Hite teamed up with guitarist, harmonica player and vocalist Al Blind Owl Wilson, who, after a few changes to the initial line-up, recruited guitar player Henry Vestine, known as The Sunflower, who had just been sacked from Frank Zappa’s Mothers of Invention – for smoking pot! Bass player Larry The Lamb Taylor, who had backed Jerry Lee Lewis and Chuck Berry and recorded with The Monkees, came on board as did Mexican drummer Adolfo Fito de la Parra. Adolfo replaced Frank Cook who was released following an incident in Denver that contributed to Heat’s burgeoning reputation as Bad Boys of Rock. A police informant provided sufficient evidence for the entire band to be arrested for drugs, necessitating manager Skip Taylor to raise the required $10k bail by selling the band’s publishing rights to Liberty Records. This incident is immortalised on the Heat’s song “My Crime”.

The Heat were just terrific onstage and on record. Their first hit 45 was their version of St. Louis Jimmy Oden’s “On The Road Again” which made #6 on the Billboard chart in 1968. “Goin’ Up To The Country” based on “Bulldoze Blues” by Henry Thomas, hit #11 later the same year and was a hit in the Woodstock movie. In 1970 their take on Wilbert Harrison’s “Let’s Work Together” reached #26.

Bob The Bear Hite was a real blues fan, something of a hooligan but really good company. He contacted me about Henry’s Blueshouse and our “relationship” regarding Bears and I subsequently arranged for Canned Heat to appear at The University of Aston during their Rag Week as part of their 1974 UK/European tour. A few years earlier he had written for our Big Bear publication, but this time I got him talking about The Blues:

“The reason blues music has taken so long to become popular again is that it was never exposed to the public – it was always underground. Right, we’ll start off with the ‘20s, when it was heavy and all the Negro people were into blues and jazz records. The same goes for the thirties – in the depression, when they had hardly enough money to be eating, they had enough to buy a new record because that was a mode of entertainment for them. Like us going to a club, or to the movies or something, a record was their entertainment. In the forties they kept buying up blues records, and in the fifties the coloured people started getting disinterested in the music, so it disappeared, and then for all those years there were only a few blues-influenced singles that hit the charts, though there were a lot being made that never got promotion. They were just in a little hole in the wall, in a shine parlour in the coloured end of town. So the blues influence completely vanished.”

“When we started playing it and put the band together in ’65 the only other blues band you read about in anything was Paul Butterfield. I mean like Muddy Waters and Howlin’ Wolf and all those cats were still playing, but you never read about them in the rock papers and magazines. We started and then – I don’t know what it was, maybe the public was just right for it, or maybe some crazy disc jockey somewhere really dug it, was drunk one night and decided that he’d play “On The Road Again”, which I would think was one of the first really funky records to get into the charts. And that just opened it up – opened the doors for people to hear about a new kind of music. Because of the successes of John Mayall, Canned Heat, Led Zeppelin and Cream, now bluesmen like Bukka White, Furry Lewis and Rev. Robert Wilkins are beginning to make money on their own music again. You know, people hear “The Prodigal Son” by the Rolling Stones and somebody says, “Yes, but you ought to hear it by Robert Wilkins”, and they hear it and they dig it and Robert Wilkins he works now and he makes some money because of “Prodigal Son”. Like with our “Bullfrog Blues” – they hear the old one by William Harris and it opens a whole door: they hear the original and they go “Oh, my God!” and they’re going to want more. And that’s what’s happening – it’s putting a lot of old cats that were just doing nothing, just surviving on welfare, a chance to make a living again. And that’s the beautiful part of the whole situation, in my opinion.”

“Bukka White was first found in 1960. He slept at the club he was working at because he didn’t have the money for a hotel. When he got his first pay cheque, he sent half of it to his mother-in-law, 25 dollars to his church, some odd sum to a loan company, and kept only about 20 dollars. Now he can afford to come to Europe, and stay at a fine hotel, and play blues for people who are really going to dig it, and blow his mind – and that’s the same with all those cats.”

“You know the country people, man. They’re wild – John Lee Hooker will come to a gig and just get so falling-out drunk that he can’t even do his gig. Jimmy Reed is the same way – you’ve got to dig that these guys aren’t young men any more, and you get senile when you get old, and they’re innocent, a lot of them. A cat like Lightnin’ Hopkins, who’s a showman, he’s alright. He’s cool, and he’ll make every gig. A cat like Hooker who made his living in bars and in juke joints on Friday and Saturday nights, and had a few hit records, and after he’s had his hit records still stayed in those places – when he come to do a concert, man, he just isn’t ready for it, and he had a few drinks, and Pow! He finds it’s too late, and he can’t make it. Stupid thing is – those idiots who keep pushing the drinks at him think they’re doing him some kind of favour! Once we got to play with Otis Rush, and we’ve also played with Freddie King – those were really great times.”

“We love our trips to England and Europe – the kids over here are much, much hipper. In America they know Creedence Clearwater and Led Zeppelin, but they don’t know about the older stuff. Here they do. I go to the record stores here in Europe and I notice all these great albums you have that are in all the stores – wherever you go in America, every store has a blues stand, but it’s always got exactly the same things in it. I can say for us that the audiences are better here in Europe than they are in America. The only thing I hate about Europe is that we can’t get a big bed any place, not even in the best hotels in the city. We just got two little beds stuck together – I really don’t dig that at all! I must get that written into my contracts next time – you see I love my wife, that’s why I brought her along with me. We really dig to be over here – last time I came home from Europe I had a dollar and a half in my pocket, but I was happy. I had a great time – I’m happy right now.”

Over the 58 years of the band’s existence, they accumulated an impressive list of former members, 48 in all, including tenor man Clifford Soloman, Hollywood Fats, Walter Trout, Junior Walton – and Chicken Shack’s Stan Webb who was with Heat for a short spell in 1976.

Al Blind Owl Wilson committed suicide by drug overdosing in Bob Hite’s back yard in Torrance, California in 1970 at the age of 27; Bob had a heart attack and died following a performance at The Palomino Club in 1981, aged 38; Henry The Sunflower Vestine died from heart and respiratory failure in Paris in 1997 as The Heat was awaiting to return to the U.S. after a European tour, aged 52; Larry The Mole Taylor died in Lake Balboa, California in 2019, aged 77 while Adolfo Fito de la Parra is still on the road with The Heat.