Whatever Happened To Billy The Kid? 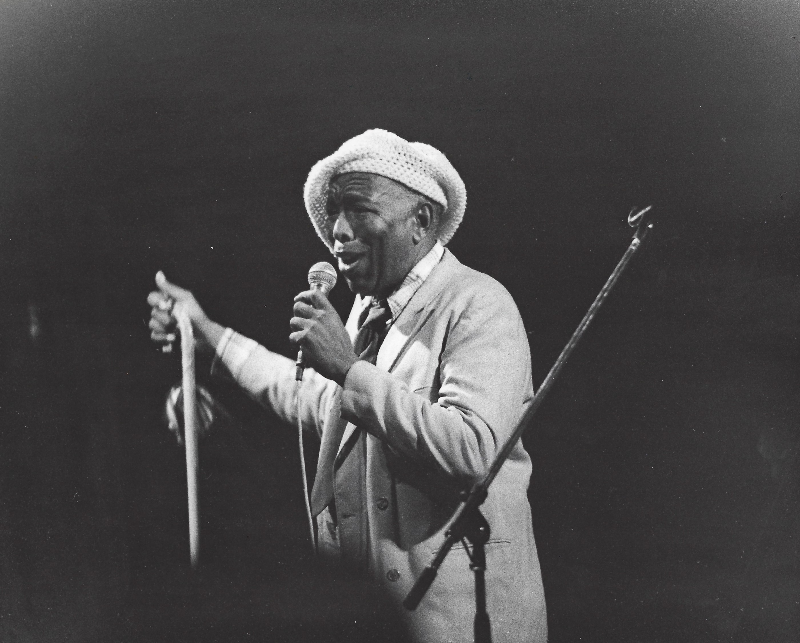 For a man known for taking every opportunity to cuss out his fellow musicians and anyone else who would pay heed – for the merest hint of profanity, an off-colour comment about a lady or for taking a few too many sips of the old ‘shine, Billy The Kid Emerson did write some slightly outrageous – though excellent-lyrics.

He was responsible for composing and recording more than a few songs that you would have thought were, at best, somewhat indiscreet. The fact that all the guys referred to him as The Preacher and that he did finally become a man of the Church – The Reverend William Robert Emerson – make it all the more curious that he would sing, with conviction, such lyrics as “My gal Is red hot, your girl ‘aint doodly squat” – his song ‘Red Hot’.

Then there’s one of my favourite blues lyrics, ‘Buzzard Luck’, which starts off inoffensively enough, “ain’t nothin’ in my pockets but the bottom, that’s more than I can say for my shoes” before going into “I left my little home in Texas, spent three years in Illinois, and when I got home I was disgusted, I had a month old baby boy. She took me to court, the judge said boy you’re stuck, and man that’s nothing but buzzard luck”. That was from his brilliant ‘Buzzard Luck’ which we recorded for the Big Bear Records American Blues Legends ‘79 album

By no means was most of Billy The Kid’s recorded output near the knuckle, and he did record some fine songs. Check out ‘Every Woman I Know – Is Crazy ‘Bout An Automobile’. Born in Tarpon Springs in Florida, he learned piano in church, joined the U.S. Navy in 1943, received an athletic scholarship at Florida A & M University but quit to enlist in the United States Air Force during the Korean War in 1952.

Stationed in Greenville, Mississippi he joined Ike Turner’s Kings of Rhythm which led to him signing to Sam Phillips’ Sun Records, where Ike was a talent scout. His first of many Sun singles ‘No Teasing Around’ was released in 1954. Billy The Kid’s song ‘When it Rains’ was later recorded by Elvis Presley and his ‘Red Hot’ became a hit for Billy Lee Riley and for Bob Luman.

He relocated to Chicago, signing to Vee Jay. His ‘Every Woman I Know’ was covered by Sam The Sham and The Pharaohs and later by Ry Cooder. He moved to Chess Records, known to that’s town’s bluesmen as Cadillac Records, and had his songs recorded by Buddy Guy, Junior Wells, Willie Mabon and Wynonie Harris.

The late 1970s saw Billy dedicate himself to religion, composing Gospel songs before, taking of the Baptist church in Oak View, Illinois, a Chicago suburb. Ultimately he returned home to Florida to found his own Holy Praise Apostolic Church of Jesus in 2012 and where he preaches fire and brimstone, angrily refuses to talk about Elvis, Sun Records and The Blues and was reported to be “as prickly as a crown of thorns” by The Tampa Bay Times.

I would like to think that the last album by Eddie C. Campbell, a constant butt of Billy The Kid’s criticism on that American Blues Legends’ 79 tour, is in no way any reference to his tormentor. The title of Eddie’s 2012 album, which was nominated for a Blues Music Award, was ‘Spider Eating Preacher’.