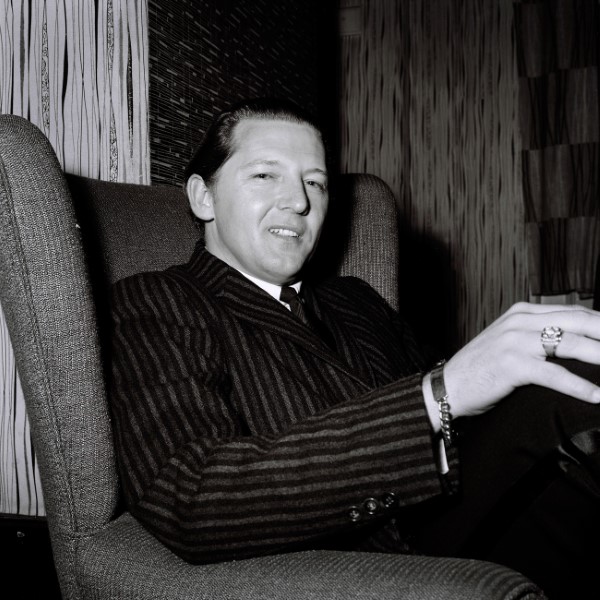 Today I guess that the airwaves, the print and the online media have been dominated by the music of the first wild man of Rock and Roll, maybe the most influential piano player and singer of his era, Jerry Lee Lewis.

You hadn’t noticed? Well neither did I. If it was there it was obscured by scarcely believable, but nevertheless true tales of the utterings of Boris and Donald as well as the small matter of the impending disaster of Brexit.

Today is the 85th birthday of The Killer, Jerry Lee Lewis, who in my opinion, along with Chuck Berry and Little Richard, was one of the men who invented Rock and Roll.

Born on September 29th in 1935 in Ferriday, Louisiana, Jerry Lee shot to world-wide fame with his recordings for Sam Phillips’ Sun Records in Memphis, Tennessee. His first single, Crazy Arms, sold 300,000 units and prepared the way for the multi-million sellers Whole Lotta Shakin’ Goin’ On, Great Balls of Fire and High School Confidential for starters.

I first met Jerry Lee around 1961 in the unlikely setting of The Matrix in Coventry. I was making what you might laughingly refer to as a living as a musician and photographer. I took the photographs, and occasionally, when I was allowed to, wrote about blues and jazz in the local monthly music magazine, Midland Beat.

When I heard that The Killer was to perform locally, I made sure that I was there. Over the coming months I met him, photographed him, and found him to be most interesting and friendly. Of course, I must have been a real pain, questioning him about Memphis Blues, Sun Records, Sam Phillips’ Million Dollar Quartet [Johnny Cash, Carl Perkins, Elvis Presley, Jerry Lee] but he was always patient and took it with good grace.

In retrospect it may seem amazing that one of the giants of popular music should be reduced to playing obscure local venues, but this was in the wake of the ill-advised media interviews Jerry Lee gave when he arrived at Heathrow to begin a major UK tour – with his new bride.

Jerry had married in his mid teens to an older woman. She was 19. They divorced, actually very nearly divorced, in 1958 whereon he married Myra Gale Brown. She was the daughter of his bass player, Jerry Lee’s third cousin and was 13 years old.

The subsequent media coverage was devastating and his tour was cancelled after just three concerts. Jerry Lee told me that overnight he went from “a two thousand bucks a night act to a two hundred.” As the dust settled, the audience began to build and soon he was selling out reasonably sized halls.

Locally, for instance, West Bromwich Town Hall. That was a wild night, kids queuing well before the show and hanging around way after to meet the great man and get his autograph. Adjacent to the Town Hall was the Mayor’s Parlour which was to serve as his dressing room. Really tickled at this, he told me to photograph him in the posh Mayoral chair, him looking for all the world like a 1940s Chicago Gangland Boss.

History shows that Jerry Lee Lewis steadily returned to the status he deserved. I believe that the wonderfully raw and rocking album Live At The Star Club, Hamburg when he was backed by The Nashville Teens and produced by Siggi Loch, was the point at which his star began to rise again. Famously, Jerry Lee Lewis also achieved fame in Country Music circles, with some 30 Top Ten hits on the Billboard Country and Western Charts. Check out his What’s Made Milwaukee Famous – a classic.

Jerry Lee hasn’t given up yet, nor will he. He performed regularly up until 2019 when he suffered a minor stroke and cancelled his upcoming dates. The medics say that he will fully recover and the word is that plans are now underway.

First though, he’s working on a Gospel album with producer T-Bone Burnett.

The Killer is back.

To celebrate the occasion of Jerry Lee’s birthday, we’ve turned one of Jim’s shots from that night in West Brom into an exclusive t-shirt design – click here to order yours, with free worldwide shipping.