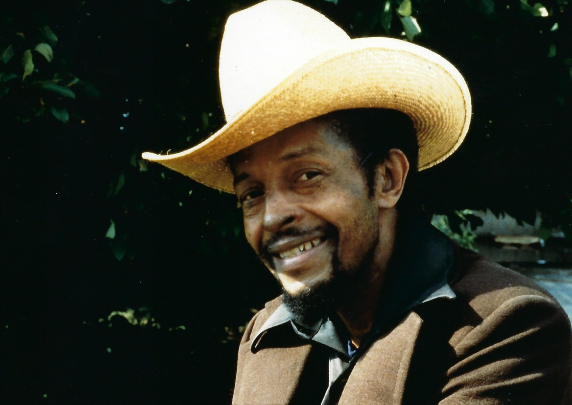 It’s hard to think of a more appropriate place for a blues musician to be born than on a steamboat in Shreveport, Louisiana. That’s where Napoleon Chism, known to the world as Chico Chism, first saw the light of day.

Drummer and singer Chico began performing throughout the South before settling in Chicago in the early 50s where he quickly became a regular in blues clubs in the bands of TV Slim, Little Junior Parker, Sonny Boy Williamson, Lowell Fulson and Sunnyland Slim. He formed his own band, Chico Chism & His Jetnanairs, recording the single ‘Hot Tamales and Bar-B-Que’ for Shreveport-based Clif Records.

Chico played on a vast number of recordings with such blues figures as Muddy Waters, Otis Rush and Freddie King. In the 70s he set up his own record label, Cher-Kee Records, and joined the band of Howlin’ Wolf for the final ten years of Wolf’s life. After the leader’s death he continued with Wolf’s band, Eddie Shaw and The Wolf Gang.

Jimmy Fastfingers Dawkins – how he hated that name – really helped me to recruit the musicians for Big Bear Records’ American Blues Legends ’79 tour and album recording, and from the outset insisted that Chico was the man for the drum chair with his vocals an added bonus. As always, Dawkins was right on the button.

Chico’s drumming was impeccable, his singing fun and powerful and his onstage personality and humor never failed to win over an audience. It always impressed me that these guys, accustomed to working Chicago’s South Side clubs, instantly appeared to feel totally comfortable in a European concert hall in front of 700 or 800 people. This applied to Chico.

He was a pleasure to be with on the band bus, and believe me that’s not always the case when you spend some seven weeks on the road together, but Chico’s unfailing good humour and willingness to help out in all ways possible went way beyond the call of duty. After the tour Chico returned to Chicago and such blues clubs as Rosa’s and Kingston Mines, before being persuaded by blues producer Bob Corritore to relocate to Phoenix, Arizona in 1986.

He became the star of the Phoenix blues fraternity, recording with Bo Diddley, Little Milton, Mojo Burford, Pinetop Perkins and more, becoming a fixture at Corritore’s Rhythm Room, returning annually to play The Chicago Blues Festival. He retired from performing following a stroke in 2002 but continued to be active in the Phoenix blues scene until his death at 5am on January 26th 2007.

Chico Chism was the first person to be inducted into The Arizona Blues Hall of Fame some two years later. I’m proud to still have ‘High Rise Blues‘ and ‘Big Fat Momma’ on Big Bear Records as well as his immaculate drumming on the American Blues Legends ’79 album.