Chick Willis: The Stoop Down Man 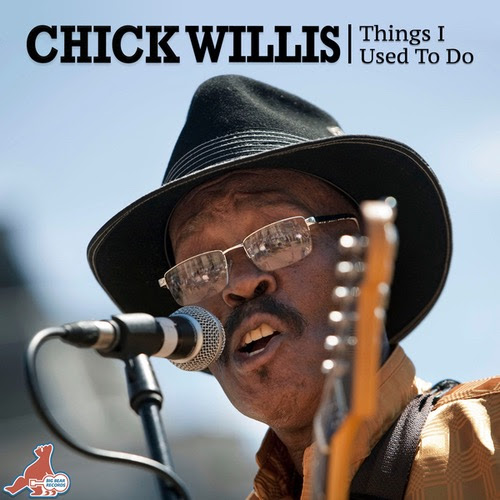 Robert Lee Chick Willis was born in Cabaniss, Monroe County, Georgia on September 24, 1934. His career as a singer kicked off when, in 1956, he won the talent show at The Magnolia Ballroom in Atlanta, which directly led to his first recording, “You’re Mine”, for Ebb Records, released in that same year.

Taking the stage name Chick as a salute to his famous cousin, the R & B star Chuck Willis, Chick went on the road with him until Chuck’s death in 1957. Chick learned to play from Guitar Slim, another cousin, who remained his main influence, and went on the road with the King of The Slide Guitar, Elmore James. Chick stayed with Elmore through the 1960s, recording for Atco and others.

In addition to touring under his own name, Chick appeared in the movies “ Peetie Wheatstraw” and “The Buddy Holly Story”, had a three million-selling hit with the rather more than somewhat risque “Stoop Down Mama”, followed by a couple more adult-themed singles in a series of recordings for Ichiban and other labels.

Touring through UK and Europe, he established an enviable reputation as a singer and guitarist who really knew the blues and certainly knew how to entertain the audience.

In 2013 Chick Willis died in Forsyth, Monroe County, Georgia, not a million miles from where he was born 79 years earlier.

Clearly this is an album that deserves to be heard properly. Music as important as this is properly at home on a CD album, with all the recording information, informative liner notes and a collection of great photography.

So this is where you come in. I would like to invite you to join us in Keeping The Blues Alive.

To enable Big Bear Records to manufacture “Things I Used To Do” by Chick Willis, we need to sell in advance just 100 CDs at £12 including VAT and postage within the UK, at £14 including postage for Europe and £16 for the Rest Of World. Pre order your copy here: