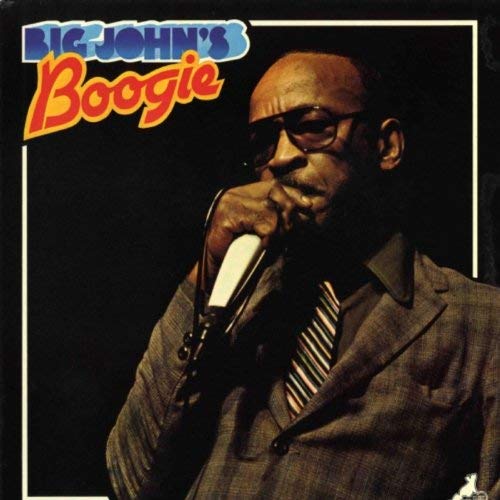 Blues Unlimited might well have been the very first UK blues publication, its first edition seeing the light of day in 1963. Originally a typed, mimeographed affair, under the ownership of Mike Leadbitter and Simon Napier, it soon became a proper off-set publication under the editorship of Mike Rowe.

Like its U.S. counterpart, Livin’ Blues, produced in Chicago by Jim and Amy O’Neill, it was hugely influential and informative and the main point of reference for the increasing number of blues fans in this country, giving us the information we needed having had our appetites whetted by those wonderful American Folk Blues Festival tours organised by Frankfurt-based Horst Lippmann and Fritz Rau.

When I lost the management of Black Sabbath after two hit albums and a number one single, I decided to turn my hand to an earlier passion, The Blues. Without the encouragement and advice from those Blues Unlimited guys, particularly Mike Leadbitter, who became a firm friend, I have no idea how I would have fared initially.

Mike also wrote the liner notes for many of our Big Bear Records blues album releases, and I still refer to them to this day.

Here is what he wrote for the 1974 Big Bear Vinyl Album “BIG JOHN’S BOOGIE”: BIG JOHN WRENCHER with EDDIE PLAYBOY TAYLOR & THE BLUESHOUNDS

“In spite of an air of urban sophistication, Big John Wrencher is a country boy like most of his contemporaries and his powerful stage act belongs to Southern honky tonks rather than the more glamorous surroundings in which he’s like to play. His command of the harmonica, mellow voice, wide repertoire and sheer presence indicate a professionalism rarely witnessed in blues circles, but his life began in almost routine fashion.

Born near Sunflower, Mississippi on February 12, 1924, he was raised on the Davis Plantation, about 12 miles out of Clarksdale, and lived there until the age of 23, when the urge to ramble overtook him. One of seven children, all boys, he was inspired to play harmonica after hearing ‘Sidney’, a local musician, and was introduced to juke joints while in his early ‘teens by his father, a man who loved to gamble on Saturday nights.

His first real memories of music-makers concern Sonny Boy Williamson (Miller), Robert Jr. Lockwood, Robert Nighthawk, Dudlow Taylor and Peck Curtis, the KFFA bunch, who’d all perform at Henry Hill’s roadhouse on Highway 6 near Lyon, a place much frequented by John and his father and remembered for a noisy generator that supplied the joint with electricity (then a Delta novelty). He also got to see Jimmy Rogers at Minster City and recalls the activities of Lee and Willie Kizart at Tutwiler, but his own musical experience was limited to an occasional jam with ‘name’ entertainers, when actually allowed to sit in.

In 1947 he grew tired of milking cows and driving tractors six days a week and decided to head North through Tennessee and Missouri to Chicago, attempting to exist as an itinerant musician en route. His subsequent travels took him all over Missouri, Indiana and Illinois and he only really settled when he hit Detroit in 1956, staying on for five years.

While in Detroit he’d made regular visits home to see his father, driving into Mississippi via Memphis, and it was during such a trip that he crashed at Mound Bayou and lost an arm (his left one). Forced to seek regular work in order to survive, he became a side man with bands led by Baby Boy Warren and Little George Jackson or led his own little combo which featured Pete Curry (guitar) and ‘Sleepy’ (drums). Gradually developing a new skill as a one-handed harp blower, he also made test recordings for JVB, but never saw a record issued.

Being totally dependent on music or welfare, John would often return South to work around Clarksdale with old friends like Ernest Roy or Little Chuck Berry.

With a car adapted to suit his disability he really got around in the late ‘fifties, proud of the fine reputation he’d managed to build up as a weekend Delta attraction, and in 1960 he moved on permanently to East St. Louis where he found employment with guitarist and nightclub owner James DeShay, an obscure figure remembered by Little Walter and others. In the East St. Louis – St. Louis area, John usually appeared at the Cotton or Red Top Clubs and a famous spot owned by the late Ned Love, but did a little touring with Albert King and DeShay, who took him into Arkansas to fill engagements in towns like Forrest City.

From 1962 onwards he’s lived in Chicago, gaining a measure of international fame in the mid-sixties thanks to appearances in the Maxwell Street Market which were reported in magazines like Blues Unlimited. These also led to sessions for Testament, alone or with the Chicago String Band, and, in 1969, Barrelhouse. However, none of the issued titles really demonstrated the true extent of his talent and only the recent European tour convinced doubters like myself that he deserves some real recognition.”

Big John’s Boogie can be streamed in it’s entirety below or on the Big Bear Blues Catalogue.