Bakerloo Bass Man Back In Town 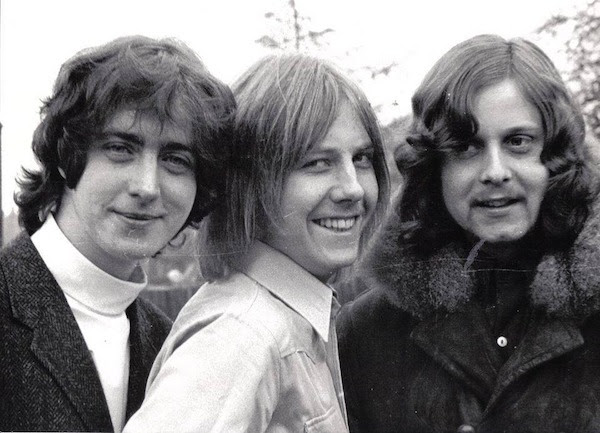 Bass guitarist, singer and songwriter of Bakerloo, Terry Poole is back in Birmingham and on the look-out for a local musician to join him in his songwriting and recording projects. Ideally, Terry would like to hook up with a musician with a similar background to himself who lives within striking distance of Moseley. Terry says, “It’s no fun at all not having a fellow artist to bounce ideas off.”

Terry, guitarist, singer and songwriter Dave “Clem” Clempson and drummer John Hinch originally called themselves Bakerloo Blues Line, which was shortened to Bakerloo about the time that I took over as manager. From the very outset they were a terrific band, but this was during the Blues Boom with so many mediocre blues bands around, muddying the water so much that many venues would greet an approach offering them Bakerloo with, “They’re not another blues band, are they?”. This led directly to the birth of the original Henry’s Blueshouse which was initially intended as a platform to enable Bakerloo to be seen, heard and appreciated.

They were joining Big Bear as stablemates to Locomotive, who had just enjoyed the UK’s first ska hit, “Rudi’s In Love”, and the wild and wacky Tea & Symphony, but it wasn’t long before Earth came on board and name-changed to Black Sabbath and all four bands, plus blues singer Roy Everett, went on tour, appearing in a mighty jam we called The Big Bear Ffolly which terrified some folk, but really tickled star BBC Radio One presenter John Peel, particularly as he had originally come up with the name Big Bear.

Drummer John Hinch departed to form heavy metallurgists Judas Priest and was replaced by Keith Baker, and it was this line-up that we signed to EMI’s new underground label Harvest, took them into Trident Studios with the now-legendary producer Gus Dudgeon, and came out with the still-impressive album, “Bakerloo”.  The opening track is “Big Bear Ffolly”, written by Clempson and Poole.

For reasons known only to themselves, EMI delayed the release of the album for nearly a year, so long that we began to wonder if the whole thing was simply a figment of our imaginations.

By the time it was released, to a barrage of favourable reviews, Keith Baker had left and triggered a remarkable fluidity of movement around that drum stool. In came Colin Flooks, better known as Cozy Powell, followed, not necessarily in this order, by Spencer Davis Group founder member Pete York, Bob Lamb, formerly of Locomotive and destined to join The Steve Gibbons Band and go on to produce UB40, Poli Palmer of Family and Blossom Toes, Liverpudlian Tony O’ Reilly of Yes and even Bill Ward of Black Sabbath who depped with Bakerloo at Newcastle University on January 18th 1969 and somewhere else, where exactly I can find no record of, on the 31st of that month.

The inclusions of Bob Lamb and Bill Ward were only to be expected as the musicians knew each other well from working in The Big Bear Ffolly. However, Keith Baker had left before any of us could really benefit from the album’s success, and then along came Jon Hiseman. Clearly impressed by Clempson’s guitar work, he made what turned out to be an offer that Clem couldn’t refuse, to replace James Litherland in Colosseum, so off he went, leaving us with no alternative than to accept, with real regret, that Bakerloo’s day in the sun was over.

Although Bakerloo weren’t together anywhere near long enough, they certainly left their mark with a cracking album, an inclusion on the Harvest sampler, “Picnic – A Breath of Fresh Air”, many stunning performances – their Marquee gig with Led Zeppelin is still a topic of conversation – and their live appearances on the BBC’s John Peel “Top Gear” and Alexis Korner programmes. Not to mention the bands that Bakerloo members went on to feature in: